Navigate the Tax Rules for Boats and RVs 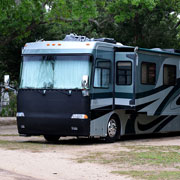 Will you be cruising the waters on your boat or camping out in your RV this year? Besides the pleasure you can enjoy through your personal property, you may also be eligible for tax breaks, if certain requirements are met. Has the TCJA Lowered Your Taxes?

14 Tax-Favored Fringe Benefits: What's the Right Mix for Your Business?

IRS Announces Changes for Personal Use of Employer-Provided Vehicles 2018 Income Tax Withholdings: Too Much, Too Little or Just Right?